5 Cryptocurrency Facts You Should Know About 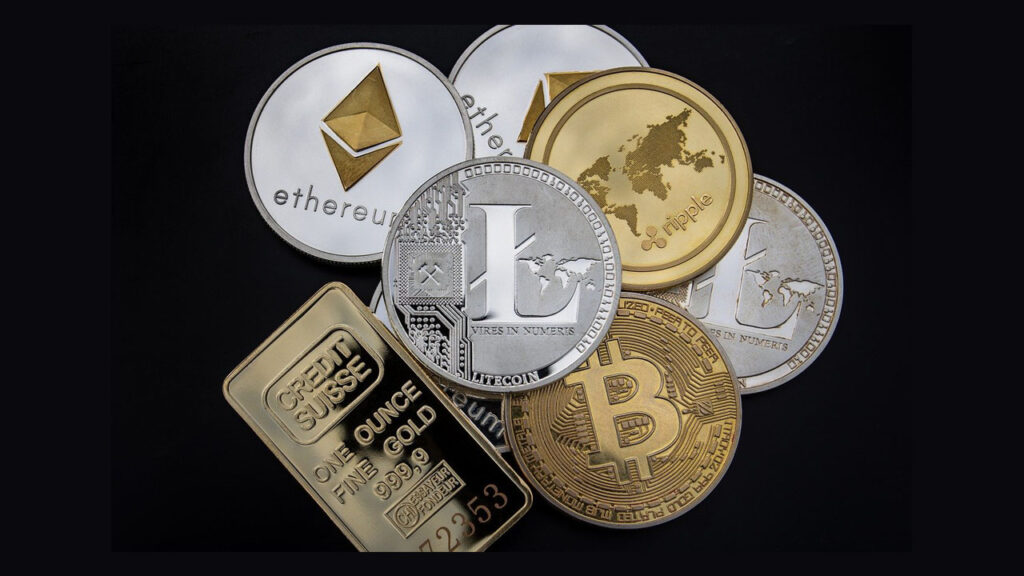 Most people would agree that the dawn of cryptocurrencies began when Bitcoin launched on January 3, 2008. It wasn’t very evident at the time, but years down the line many have now realized how significant that event was in terms of the way we see and use money.

Satoshi Nakamoto, a person or group of people, created Bitcoin. Their ambition was to create an alternative to the banks. The idea was to enhance people’s privacy when it comes to making monetary transactions and they have arguably succeeded in this goal. Although, many other things have happened with the cryptocurrency concept since Bitcoin came into our lives.

In this post, we’ll explore some fascinating cryptocurrency facts that may surprise you. Some of these facts may even help you make better choices on what you do with your crypto in the future.

So now let’s look at 5 cryptocurrency facts you should know about!

1. An Ethereum Co-Founder Made Cardano

Charles Hoskinson is the co-founder of Ethereum (ETH) and the creator of Cardano (ADA). Ethereum is one of the most prominent cryptocurrency options on the market right now. You could call it the “Bitcoin alternative” as so many people make use of Ethereum, and it has the second largest market share of all cryptocurrencies only to Bitcoin.

However, Cardano is another prominent cryptocurrency on the market, currently. Hoskinson wanted to create a crypto that could better Ethereum in some ways and so developed Cardano.

The major issue Hoskinson had with Ethereum is that it was (up until recently) a proof of work (PoW) platform. Hoskinson developed Cardano as a proof of stake crypto (PoS) as it’s significantly more efficient and quicker than PoW. It seems this was a good idea as now Ethereum has now changed to a PoS platform.

Overall, the benefits of Cardano seem pretty clear when you think it’s over 1.6 million times more energy efficient than Bitcoin when processing transactions! It also has super cheap gas fees.

2. Binance is the Largest Crypto Exchange

Binance is the largest crypto exchange in the world with a trading volume of $4.953 trillion, according to Reuters news agency! It has the Binance Exchange along with various other aspects of its ecosystem. Other parts of Binance include its Trust Wallet feature, BNB Chain, and the Binance Academy.

In the Binance Exchange, you can enjoy P2P trading. This is where sellers and buyers can meet together directly and such actors can use fiat payments in their transactions if they wish.

Fiat payments via debit or credit card are made possible through their partner company Simplex. They also allow for wire transfers along with SEPA. When it comes to trading on Binance, there are plenty of crypto investment options on offer and the user interface is easy to get your head around.

In recent times, however, there were some misgivings with the platform on December 13, 2022, when Binance did a temporary halt to all stablecoin withdrawals on its platform. This seems to have been because many people using Binance were withdrawing their money at an unusually high rate due to FTX’s collapse. So let’s see what happens in the future for Binance!

3. You Can Make Money From Crypto Slippage

Crypto slippage is the difference between the price rate you expect to get when you buy crypto and the price rate you receive when your order is complete. Since it takes time for a crypto order to go through, you could end up getting less or more than you bargained for when you finally receive your cryptocurrency.

For instance, you might want to buy some crypto for $50 dollars and so you place an order for that amount on an exchange that you use. When your order finally goes through, the price rate of the crypto might have dropped, meaning you get more crypto than you expected for your $50 order. If the price rate of the crypto had risen, you would have received less crypto for your $50 than expected.

So when you think that Bitcoin might take 1 hour to process your transaction, in that timeframe, it could have risen dramatically (since it’s so volatile) making you money! You can learn more about crypto slippage here.

When Satoshi Nakamoto created Bitcoin, they decided to put a cap on the number of Bitcoins that could come into existence. The limit is 21 million Bitcoins. After this point, there will be no more mining fees as there will be nothing for anyone to mine.

People believe there will be another way that former miners will be able to earn money to keep the platform functioning. After all, Bitcoin requires a lot of computing power to remain functional.

Yet, another factor to consider with Bitcoin concerning limited supply is that for every 210,000 blocks that miners mine, the minting of Bitcoins per block becomes 50% less (which works out about every 4 years). This translates as half the reward for miners after they have all mined 210,000 blocks.

So with it becoming progressively harder to mine Bitcoins over time, it’s a wonder if Bitcoin will ever reach its minting limit of 21 million blocks! It might get to the point where we start seeing “satoshis,” which are the lowest reward possible on the Bitcoin platform. One satoshi on the network equals 0.00000001 Bitcoins.

If we do ever see the final Bitcoins mined and minted, we’re probably looking at the year 2140 or later! So it’s sure to say Bitcoin may be around in our lifetime at the very least.

You also have to think that although there have been millions of Bitcoins minted so far, many get lost or stay out of circulation. People can forget where they put their private keys loaded with Bitcoins, for instance. So this is something to think about when considering the supply and demand of this cryptocurrency.

When Satoshi Nakamoto created Bitcoin, they wanted a digital currency that could bypass the banks. Since banks are the main tool for governments to dictate their monetary policy, then you can start to understand why governments have had a rocky relationship with cryptocurrency.

This rocky relationship continues today. Some governments have tried to ban cryptocurrency in various ways including China, Bangladesh, Algeria, and Egypt, for example. However, banning crypto from existing in any part of the world is pretty much impossible.

Cryptocurrency is decentralized at its core. There is not one person or small group of actors that control cryptocurrencies like Bitcoin.

Instead, Bitcoin uses algorithms to distribute its blockchain ledger across the network of computers that use it, meaning it’s something of a mythical Hydra to try and kill. If a nation tried to destroy all computers using Bitcoin within its borders, it would make no difference because there are so many more around the world that maintain the existence of the blockchain ledger. A person within that nation would later be able to go onto another computer connected to the internet and access Bitcoin’s ledger with ease.

The Creation of National Digital Currencies

So governments have had to get to grips with this new form of decentralized finance (DeFi). In many cases now, they are attempting to create their own national digital currencies.

Another name for such a currency is a central bank digital currency (CBDC). Right now we have more than 20 countries that want to take serious steps toward developing and piloting a CBDC in 2023. These countries include Brazil, India, Austria, Thailand, Russia, and South Korea.

What’s more, 114 countries are exploring using a CBDC and 11 countries already have one, according to the Atlantic Council, which we have linked above. But you have to question why governments want to create their own digital currencies.

However, there are possible downsides to these types of currencies. Perhaps the greatest concern about countries adopting their own CBDC is that privacy will be lost among the population.

With a CBDC, governments will be able to see every transaction that happens within their economy and outside of their economy where people use the currency. With such control and knowledge, there is a worry that if tyrannical actors come into power they will abuse the system and limit the freedoms of the population in countless ways.

You have to consider that a CBDC may be based on blockchain and cryptocurrency concepts, yet the fundamentals are not the same. Bitcoin was created for decentralization purposes while it seems governments are wanting to create central bank digital currencies to make their societies become more under centralized control.

So we’ve run through some cryptocurrency facts and considerations in this post that we hope you find interesting. Cryptocurrency and digital money are concepts that are changing the financial landscape. It would be naive to ignore the rapid progress happening in this landscape.

For more articles, head up to the top of the page and check out our navigation menu.

Why Should You Study Personal Finance and Investments?

The Many Benefits Of Roller Blinds For Your Business.