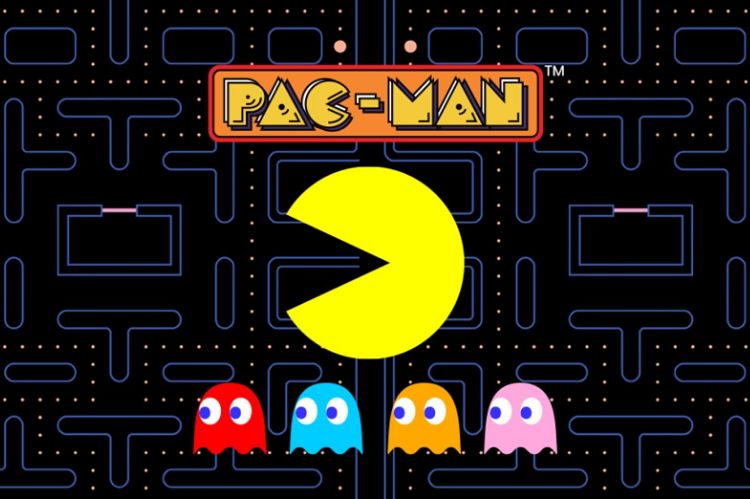 Pacman 30th anniversary was celebrated on May 21, with a special Google Doodle. Let’s learn what makes this game classic and addictive.

Pacman is a classic game that has kept millions of its players happy and invested during their leisurely times. Naturally, it deserved celebration when it entered the 31st year of its life.

And it did. Google celebrated Pacman 30th anniversary with a Doodle that was worthy of the game. Interestingly, the doodle became as famous as the classic game itself.

The doodle only expanded the reach, making more people fall in love with the original contest. Now, the game has lived in the hearts of its players for more than 42 years. Still, it – and its doodle – makes one of the first choices when players think of a quality time pass.

This post will explore the game, its history, and the doodle it inspired from Google in 2010.

History Of Pacman At Its 30th Anniversary

It was created by Toru Iwatani in 1980. Toru is a video game designer whose career is loosely tied to NAMCO – a video game publisher from Japan.

He wanted a game that focused on food items using funny figures. He got his inspiration from a pizza whose pie was missing. So, Pacman became a pizza with two missing slices.

These missing slices represent Pacman mouth that helps him eat his food. You may have never thought about it but the food Pacman eats is a bunch of cookies.

We have established that Pacman was an idea from a Japanese video game designer – this revelation was obvious from Pacman’s design, wasn’t it?

The name Pacman was also inspired by the Japanese word, ‘paku-paku-taberu’ which is the name of the sound created when someone opens and closes his mouth quickly to eat something.

The game attracted players because of its sound effects, the balance between ease and difficulty, beautiful visuals, and simple outlook.

And it kept them hooked because of its minimal hardware requirements and addictive nature. Initially, you could play the game from floppy disks or hard drives. Today, you can also play its version online.

On May 21, 2010, Google decided to celebrate this occasion together with the game’s creators and players with a Google doodle. The doodle game is an 8-bit version of the original game including the four ghosts, Pacman, and its cookies and power cookies.

The cleaner and simpler version of the classic game is just a tiny piece of the whole puzzle. And, just like most other Google Doodle, this puzzle has Google written in between the pathways. Seasoned players can complete the game in less than a minute.

You can take this anniversary game as a reminder of classic legend in video games that prompts you to download the original at your earliest.

You can play the doodle game online without committing space on your device. Use your PC, smartphone, or tablet to play the game.

If you are playing the game on your PC, use keyboard arrows to move the avatar. You can use swiping to make these moves on the touch screen.

This is in contrast with the original gameplay that encouraged you to use a joystick to guide the avatar.

Additionally, you can use the inspiration to reconnect with your childhood memories and download the game using Playstore. Or you can go with the online playing route without committing storage space on your device.

If you have been playing the game for years, you understand its outlook and are familiar with all the characters that make this game interesting. But if it’s your first encounter with Pacman through Google Doodle, you might be wondering who these characters are and what their presence means.

Note the game is built around Pacman who is the avatar you will control. You can move this avatar left, right, up, and down using arrow keys.

The goal of this avatar is to safeguard itself from ghosts and eat all the cookies present in the game. If a ghost catches the Pacman avatar, it dies.

The avatar gets excess power when it eats power cookies. It can use this power to turn the ghosts blue to eat them. Note that eating the ghosts gives us bonus points.

The game uses four color-coded ghosts. These colors include pink, blue, red, and orange. Here is an overview of the properties of these ghosts.

This pink ghost follows the avatar and moves to the nearest wall to the avatar. Its attack strategy includes seizing the opportunity when the avatar is nearest to it.

Blinky is the name of the red ghost in the game. It is also known as shadow because of its ability to mimic and exceed Pacman’s speed. The worst part of this ghost is its ability to increase speed when the avatar has consumed a lot of cookies.

This is the light blue ghost. Among all the ghosts of Pacman, this is most dangerous because it can mimic the qualities of other ghosts. Think of it as a wild card that can take the attack strategies of all the ghosts in the game.

Clyde is the orange ghost. It can change its direction occasionally. Of all the ghosts in this game, Clyde is the least dangerous and its direction is random. In scatter and chase phases, it will stay out of the way of Pacman. Note that during the ‘frightened’ phase, every ghost tries to avoid the avatar.

The game uses three modes to decide the attack or protection strategies of the said ghosts. These are chase, scatter, and frightened.

The first mode puts all ghosts to chasing the avatar with their unique strategies. Scatter mode puts these ghosts in their respective corners.

This mode lasts for a few seconds before the game turns back to chase mode. The Pacman game enters the frightened mode when Pacman eats a power cookie.

You can enter the game with the start game or pause command given on the screen. Then, you have to move Pacman using arrow keys.

Pacman is an addictive game. Once you start playing it, you want to complete every level in one go. Things get complicated when you want to surpass a level but its tracks are too difficult and the ghosts are too fast.

Then, you look for easier methods to navigate the route and eat all the cookies. At other times, you fear death because you have advanced too much on the level and don’t want to lose this progress. Cheats allow you to change your speed, avoid death, and commit suicide in Pacman.

If you want to skip to the next level of Pacman because this level is not nearing completion despite your efforts, you can do so by using the next level cheat.

First, pause the game and then press z + x to upgrade to the upcoming level. You can get infinite lives by entering the code SZEKKIVG.

But a better strategy is to eliminate the possibility of death. You can make your Pacman invincible by using the cheat code GAUSAUAA.

You can get lots of cheats for the original Pacman game. But there are only a few ways to increase your odds of winning its Doodle version.

The ghosts on the Doodle version are fast and they don’t respond to Pacman cheats codes that work on the classic game.

Instead, you can use a strategy to win the game. Here is what you should do to complete the level without losing multiple lives.

Start by getting eaten by the ghost once. Then, you have to move left. Stay hidden there for two minutes. The ghost wouldn’t be able to find you there.

After two minutes they will freeze and stop the search. Now, you can get out of your hiding place and eat all the cookies the game has gotten.

Pacman’s 30th-anniversary game is a tiny version of the classic game of Pacman that was built and designed in 1980. You can play the Google version of the game online but it doesn’t allow cheats.

If you want to get more competitive, you should check out Pacman’s original game. Its 256 levels will give you plenty of room to practice and enjoy.