What Does ‘Other Snapchatters’ Mean! 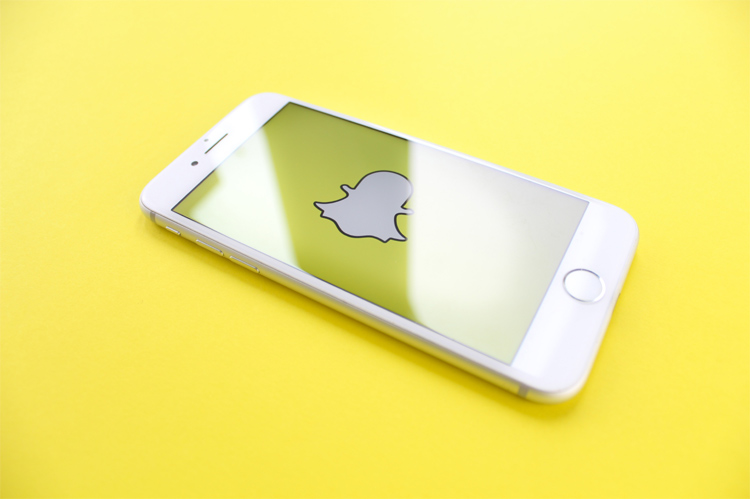 What does ‘Other Snapchatters’ mean? Why are they seeing your story without you knowing? If you are wondering the same questions, we have answers for you!

‘Other Snapchatters’ is a rather new term rolled out by the instant messaging app, Snapchat. This term might have appeared in your notifications also. And you are confused. What does ‘Other Snapchatters’ mean? Who are these other snapchatters which are obscured from your knowledge? What about your data privacy and secrecy?

There can be hundreds of concerns that can cross your mind the moment you see other snapchatters in your story views. After all, where the hell has transparency gone?!

But worry not. Snapchat is not sharing your stories with irrelevant people. Your data isn’t breached here.

The truth doesn’t indicate a potential threat to privacy. Then what does it tell? You wouldn’t be happy to know what’s hidden behind this Other Snapchatters’ disguise. They can be those people you have reached out to on Snapchat previously but they haven’t reciprocated your efforts.

Or they can be those who used to be your friends once. Now they are not. We have summed up all the reasons that gave rise to the term ‘Other Snapchatters’. Let’s analyze how it works in detail.

When Do You See Other Snapchatters?

This term, Other Snapchatter, appears when you check your story views. In an ideal world, the social media platform will indicate to all the people who have seen your stories.

The information is easily accessible because this app will only show your stories to only those people to whom you have reached out and befriended on Snapchat. And the data about your friends shouldn’t be hidden from you, right?

But then one day you wake up to get an unknown person among your story viewers leaving you doubting the authenticity of data privacy held in place at Snapchat.

What Does Other Snapchatter Mean?

This doubt brings us to question who these sneaky snapchatters are. And we also start asking the reason they are sneaky.

Before we dive into the nitty-gritty of this term, rest assured – you aren’t being watched or stalked. These people that make up the term Other Snapchatters are actually those people you befriended at a time.

Here are three categories of people that are included within this term. Let’s analyze each one of them:

Snapchatters Who Haven’t Followed You Back Yet

The first type of Other Snapchatter is one that you have included in your friends sometimes ago. You have followed him so the messaging app has started sharing your stories with this one-sided contact.

That person hasn’t yet added you into his friends’ circle. So, you can’t see his stories. What’s more, because you have already approached him, you have allowed him to see your stories.
So, although he can see your stories, he is viewing them as an outsider and not as a mutual friend. This means that his identity cannot be shared with you.

Snapchat will only share the identity of those story viewers that are your mutual friends. In the end, you see Other Snapchatters instead of their names. If a person is being included in the Other Snapchatters’ list, you can confirm their friendship status with you by checking their status in your contact list. The person’s name should be followed by the word ‘Pending’ to show that he hasn’t yet responded to your friendship update.

Friends Who Have Ended Friendship

We are talking about Snapchat friendship only. So, you can chill.

These Other Snapchatters can be the people who were once your friends on the app. The friendship was mutual and you two could see stories from each other.

Now, although you still agree to this friendship, the other person has removed you from their friend circle.

There will be three things that will result from this move of the other person. First, you will see a change in the contact details you have on your app. His name should be presented with a gray arrow on your contact list. Also, you will see ‘Pending’ written under his name.

The second thing that will result from your removal from his friends’ list is that you will stop seeing his stories. So, if a person has disappeared from the story updates you get, it’s a high chance that he has removed you from their friends’ list.

The last way to detect if a person – who previously was your friend on Snapchat – doesn’t take you as a Snapchat friend is to send him some snaps or engage in conversation. In case of removal of friendship, these messages should never reach the other person and you should see the gray arrow on these messages.

By the way, if checking the gray arrow on your contact list is not enough for you to check the friendship status, you can take a step ahead and use the gray arrow check to get the confirmation. You can conduct this check by sending a snap that is captioned as a gray arrow check. If the snap is delivered, you are still friends with the person with whom you are communicating.

On the other hand, if the snap is not delivered, the check fails and the person hasn’t yet added you among his friends. You can also conduct this check more subtly by sending any snap and seeing if it appears delivered.

Friends Who Have Blocked You

Another – rather disheartening – reason behind the appearance of this term can be you getting blocked by your Snapchatter friend. Now you must be wondering if that person has blocked me, how is it still possible for him to see my stories!

Your concern is legit. After all, the instant messaging app stops delivering your messages to a person who has blocked you. Why would it keep sending your stories to them?
Rest assured this is a one-time event.

Here is how the events of him seeing your story and becoming the Other Snapchatter for you might have unfolded.

First, he may have seen your story. This activity will show him as a story viewer in your app. You should be able to see the person as well as his activity.

Afterward – or maybe as a consequence of your story – he may have decided to remove you from his friend circle and block you. By blocking you, they are not unwatching the story so they will still be included among the viewers. But his action of blocking will prevent you from seeing his identity.

In other words, he will be appearing as Other Snapchatters in your story viewers.
So, when your friend blocks you, you will see their action using three signs. First is the inclusion of Other Snapchatters in your story viewers. Secondly, you see a gray arrow and pending status under their name in the contact list. Thirdly, your messages and snaps to them are never delivered and keep showing pending status.

Your Snapchat is Available to the Public

But you are sure that all your connections are mutual and that no one has blocked you recently to earn you that Other Snapchatter views. If you are sure about your friendship across all followers, the reason behind these snapchatters appearing in your story viewers is even simpler.

It only shows that you have set your story to be public allowing everyone on the platform to check it out. Any person, who has come across your profile, can see what you have shared so far if he decides to check out your stories.

Because you are not following that person and the friendship between you two is not mutual, his identity will not appear among the viewers and he will be grouped under Other Snapchatters.

Also, note that not only random snapchatters will be gathered under this term but also those users who have followed you unilaterally. They will remain Other Snapchatters in your story views until you change the privacy settings of your story and limit their access.

Difference between Blocking and Removing a Friend

Now you must be thinking why blocking needs a special mention than friend removal. Essentially, both actions do the same: end the connection and stop the conversation. You should note that although the two actions look the same on the surface, they are quite different in their effects.

You should also note that blocking is different from just removing a person from the friends list. If you simply remove a person from your contact list, you will stop receiving messages from them. But you will still have access to their stories.

For a contact that you have blocked, you will not only block the messages they are sending you but will also stop seeing their stories.

‘Other Snapchatters’ is an ambiguous term and it seems to impair the transparency of operation and data sharing by Snapchat. But you should feel assured that this term is not out there to harm your privacy. It just shows how your friend circle is evolving and if you have allowed the public to see your stories.

If you want to minimize the number of instances when this term appears in your story views, you should set your story to private. Also, keep checking if there is any friend in your contact list that has a gray icon for pending status.