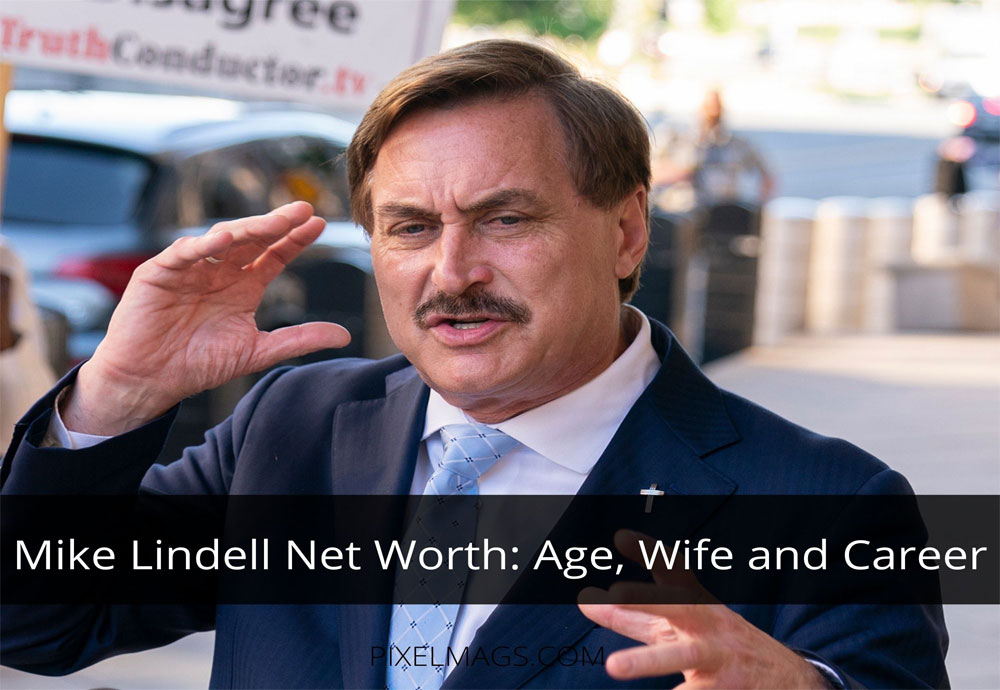 Mike Lindell is an American Businessman with a net worth of 330 million dollars which was accumulated through various means. Learn more about it here.

Michael James Lindell is an American Businessman, writer, conspiracy theorist, and conservative political activist. He is most commonly known as the founder and CEO of My Pillow Inc. which is a pillow, bedding, and slipper manufacturing company. In addition to this, he is also the founder of the Lindell Foundation, which was created to help drug addicts. Here are some interesting and unknown facts about his life.

Michael James Lindell was born on the 28th of June in 1961 in the city of Mankato in Minnesota. His family moved to Chaska when he was a kid so he spent most of his childhood there. After graduation from high school, he attended the University of Minnesota but dropped out after a few months.

Lindell became addicted to gambling during his time in high school. This addiction has a major negative impact on his life and events associated with it pushed him into drugs. After getting admission to the University of Minnesota, Lindell became heavily involved in drugs which forced him to drop out.

This addiction became worse in the late 80s and 90s when he became addicted to crack cocaine. It reached a point where it led to the foreclosure of his house in 1992. During this time, his wife also left him and filed for divorce.

In the 80s, Lindell launched and operated a series of small businesses. These businesses included lunch wagons, carpet cleaning, bars, and restaurants. However, none of these were successful and they had no impact on Mike Lindell net worth.

Creation of My Pillow

In early 2004, Lindell started a new business by the name of My Pillow in Minnesota. It started as a small business but with his vision and effort, it became a major Minnesota manufacturing company. At the start, Lindell used to hand-sew the pillows and sheets himself. He also took care of and handled all the sales and distribution aspects of the company with the help of his family.

The company opened its first store at a kiosk in the Eden Prairie mall in Minnesota. For the next six years, the company struggled a lot and Lindell made due by selling at state fairs and trade shows.

My Pillow Becoming a Household Name

Mike Lindell net worth saw a significant rise in October 2011. The company launched its first infomercial which ran for 30 minutes and cost $500,000 to produce. The infomercial ran country-wide 200 times a day and it helped My Pillow in selling 30 million pillows and gowns. Today, the company has grown to an extent where they employ more than 1500 people.

In 2020, Lindell named his son the CEO of the company to make a move into the world of politics.
Vocal/Frank website

In March 2021, Mike Lindell launched an all-tech social media platform. This platform was named Frank and was described as a cross between YouTube and Twitter. The website was launched on the 19th of April and experienced technical issues and problems off the bat. This website took several million dollars to develop and properly maintain.

To this date, the website is considered a failure by most critics and was a major hit to Mike Lindell net worth.

In August of 2016, Lindell met with Donald Trump and became an avid supporter like Cathie Wood. After meeting Trump, Lindell spent the next four years supporting Trump and helping him along his journey. During this period, he also met Trump’s staffers to discuss the opioid issue and come up with different strategies to help combat the problems.

Lindell is also considering running for the governor of Minnesota in 2022.

After the success of My Pillow, Lindell spent a lot of his money on helping drug addicts. He also made donations to the Salvation Army and the Union Gospel Mission.

Lindell has been married twice and has two kids from his first marriage. He has also written a book about his drug addiction and his relationship with God. Mike Lindell also received an honorary doctorate from Liberty University in 2019.